Today, we introduce you to the world of Orphan Ann, through their outstanding debut LP, released on the Swedish label Moloton. The duo who consists of DIY veteran Anja Enerud (Masskultur collective) and Sofia Al Rammal Sturdza (SARS, Född Död) have previously released their music on the Danish label Posh Isolation. SARS has also released a joint LP, “For Those Who Strive”, with Abdulla Rashim on Northern Electronics. They have also been performing their live show at various stages around the world, including MUTEK in Mexico City and Norbergfestival in Sweden.

The album incudes nine narrative tracks, filled with sonic representations of imposing synths and heart-shaking, lo-fi drums, co-creating an obscure post-goth vibe of a world similar to the one of Liquid Sky.  “The Practice of Surrender” is a jungle of humans free of preconceptions and bonds, a prayer to our internal God-like existence.

Du kommer aldrig nära igen is a dirge and a neo-shamanistic ceremony, an outburst of the fragmented mind. A contemporary exorcism of our broken promises. Deep, plangent and full of agony, depicting the crawling existence and its sorrows. 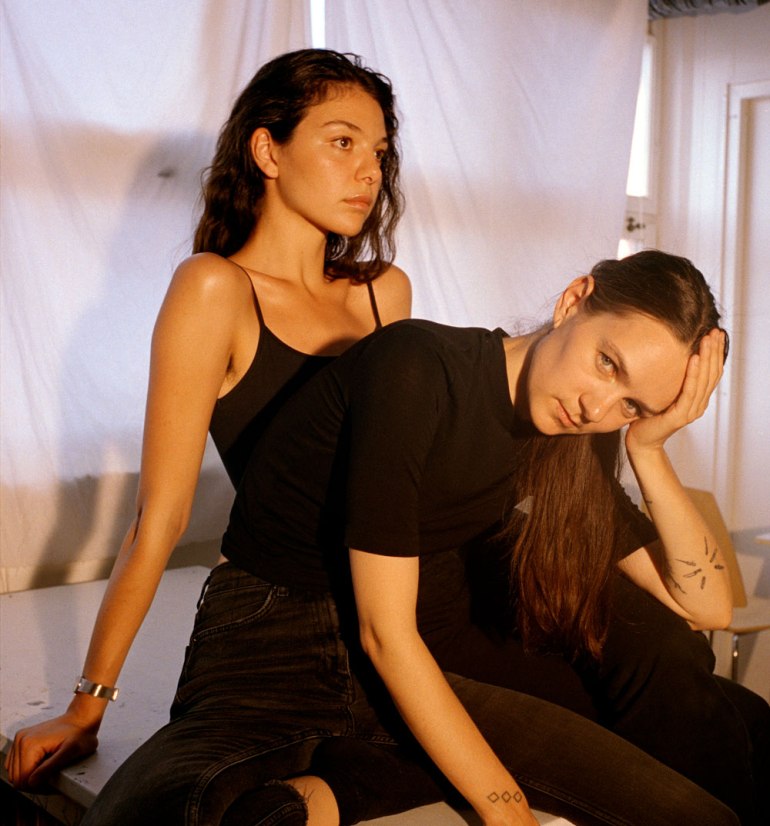