We spoke to the boss of the Latvian record label Blind Allies. The man behind the label does not want to reveal his identity but he accepted to share with us few things about his vision and the label.

Blind Allies is curating a series of avant-garde records, including both digital and vinyl releases. The label has a very specific concept and the music is very carefully selected. The audiovisual result is absolutely unique, as it combines contemporary sounds and aesthetics with an old-school-inspired electro sound. All the releases have as common ground that the music, artwork and title are connected in very special way. A world highly recommended for connoisseurs to dive in. Blind Allies is supported by artists and djs, such as; Dave Clarke, Alek Stark, Zeta Reticula aka Umek, Alienata, Umwelt and more…

Blind Allies is one of the labels that undoubtedly push music forward, with its intriguing profile and concepts, such as the one of its 7th release, “Persuasion”. The concept of this album could be a statement about the label, as the artists involved have worked together but at the same time managed to keep themselves unknown to each other. We found that very fascinating and forward-thinking, as in a way it shows what music is finally about. It is about connecting thousands of people, in a way that sometimes they do not even realise. When people in different parts of the world love a specific record, they somehow develop a relationship between them, without being aware of it. We very much looking forward to see the label’s next releases.

TOP: Hi, would you tell us few things about your journey into electronic music ? How did it start and how did you come up with your label Blind Allies, presenting supreme electro and techno music ?

BA: I remember it all started with few cassettes. Back in a day in Latvia it was quite difficult to get them and artists like Prodigy, Chemical Brothers etc. It seemed avant-garde, comparing to the stuff you could find here. Me and my brother thought its cool to start buying vinyls and maybe start trying some djing. We were looking for record stores but there were just none, so we tried to get some online. I think Juno did already exist but im not sure, however I remember there was an online store called Groovetech. As soon as we collected a reasonable amount of vinyls, we decided its time to get some cheap turntables and mixer. So this is pretty much how it all started, nothing crazy. The idea for the label was in place since the beginning of times. It was always a goal as I always had a concept in my mind of music that should be released more. About year and a half ago the time has come and it was possible to make it reality.

TOP: We believe that things develop through connections and unique moments between people. Is there any special connection you consider as a milestone in your music journey so far?

BA: I think the key connection happened when I realised I should start play live sets. I was already producing music back then, but never thought of performing live sets. It was crucial when I met -=UHU=-, who is a Latvian electro legend. When I’ ve seen him playing live, it was something out of this world. We did chat for a while but I’ve never seen him performing, so we decided to make an illegal party in the old tank hangars near my hometown in Latvia. Luckily, we have plenty of abandoned military infrastructure, “the echos of WW2” that are suitable for such events. This was the time when he came down and changed everything I knew about live performance. 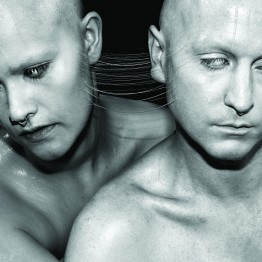 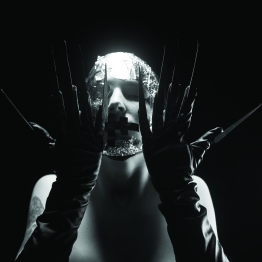 TOP: In the age of ‘dark’ electronic sounds, what is the most exciting thing for you, as well as the most challenging one ?

BA: I will disagree that it is the age of the “dark” electronic music. However if we are talking about underground music as phenomena, it is absolutely exciting as it’s the real interpretation of freedom. You can produce and whatever you want. It  can also play backwards, as it is always difficult to distinguish when music is ready to be released. Experimental, dance floor orientated music is always a risk. I feel like this is the most challenging thing.

TOP: What are you seeking when you choose the music you will release? What is this special element that will make you say “that’s the one !” ?

BA: The most important aspect in choosing music for the label for me is to imagine myself walking in the record store, listening the track for five seconds and be ready to buy it straight away. This is absolutely subjective and quite common sense, but the only music I would release is music I would pay a lot of money for myself as a customer.

TOP: What is your aspiration for Blind Allies?

BA: My aspirations are to have more time and release more music per year. Also, to find few more likeminded artists that will be representing Blind Allies in variety of events, such as label nights. This will help to inspire artists and myself, which should lead to formation of new concepts, new music and new releases.

TOP: Any thoughts about the modern, post-rave music scene? In your point of view, how political or not are things nowadays?

TOP: How does it feel being involved in the electronic music scene in your home country?

BA: The Electronic music situation in Latvia is quite shit, however it’s also difficult to say that it is completely dead. It is not as developed as in central or western europe, but it is trying to make some steps forward. It is very difficult for you to be called for a gig if you are not a “big name”. People here tend to focus on the financial aspect rather than on the material artists are delivering. If you are in some sort of elite crew, your chances are higher, otherwise no one would want to make an offer first. There is almost no techno/electro nights from other promoters so I had to put shit together and start making, together with a friend of mine, a series of events called “One of Us”. This series is having something that our scene is lacking – chance for newcomers to show their skills on the same stage with big names.

TOP: In what way does your environment affect you?

BA: My hometown is very industrial and is full of old post-soviet infrastructure including railways and ports that is affecting me the most. Due to specifics of my job, I am required to visit these places quite often. So this environment surrounds me pretty much on a daily basis.

BA: We’ve got plans for the whole 2019 and they include scheduled releases, as well as plans for european events. It’s not going to be vinyl releases of various artists only, we will make releases of solo artists too. Important concept of Blind Allies is to consider music as timeless domain. For instance, V/A – Mission includes material recorded when Luke Eargoggle was visiting -=UHU=- deep in Latvian countryside 6-7 years ago.

Time should not be an issue for music, and if it is, then it is not real music.

TOP: Finally, which album or track would you suggest as mind/soul-healer?

BA: This is really difficult question as there are just too many. However, there are some that always work that definitely would be “Incunabula” by Autechre (1993) and Aphex Twin’s “Selected Ambient Works” (1992). This is may be considered as classics of soul-healer. But most importantly, most of Blind Allies’ current and future material can be counted as my personal soul-healer and this is another reason why it all started.

Special thanks to Void Cells for his help to make this interview possible.