In the photo: Autumns from the isolation

We continue our series of interviews focused on how artists experience the current situation caused by COVID-19. This is also a chance to get to know them on a deeper level and see them at their homes!

Today, I have the pleasure to introduce you to Christian, the Ireland-based artist who counts a great deal of releases, on prestigious labels such as Downwards,  Death & Leisure,  iDEAL, Opal Tapes,  Power Station, Clan Destine to name but a few. Body music  fed by a post-punk nostalgia, dark-wave outlook, filthy, analogue-like aesthetics driven by  raw percussions.

It feels like after reading Autumns’ words, we understand his music even better. There is a concrete concept and line behind his production that reflects on his views.

Christian shares with me the mind-blowing story about his musical journey and how he has been almost karmically discovered by the music lord Regis and his collaboration with Oliver Ho‘s Death & Leisure. Autumns also talks about his creative process and the minimalistic mentality behind it, the challenges of being an artist due to the superficiality of the music industry, and finally he speculates about how things could be in a post-virus scene.

T.O.P: Hi Christian, first of all I want to thank you for dedicating some time to do this interview.  I would like to ask you how is pandemic affecting you, both as a human and as an artist?

Autumns: I’m actually very fortunate to be from and living in Ireland during the pandemic. The infection and death rate has been really low in comparison to other countries, and there’s not been as much of an impact on me as there could have been. However, the pandemic is still affecting me, the biggest change is that I’m now working night shifts in a supermarket to get by because all of my gigs have been postponed or cancelled. A lot of my releases have also been pushed back a little as well, but I’m happy to wait because I think they’re some of my best yet. Overall, I’m safe and healthy, and I’m still earning a living. I count myself as very lucky as my loved ones and friends are all safe, healthy, and are mostly still able to work.

T.O.P: You are counting numerous of releases and collaborations on very important labels of the dark, underground sound, such as Downwards and Death & Leisure; Can you tell me few things about your journey into the music so far?

Autumns: When I started out, I just wanted to be The Jesus and Mary Chain mixed with The Birthday Party. I was making music for a live band and I was completely just ripping off the bands I loved the most. I made some of my first dodgy recordings and uploaded them to SoundCloud. Within a few months, I got an email from Karl O’Connor (Regis) telling me to take down all of the songs I uploaded because he wanted to release them on a record. In the beginning, I had absolutely no idea who Regis or Downwards was, and I still don’t really know hah. I remember looking up the label and disbelieving that it was the same label who wanted to sign me. It wasn’t until he sent me bands like Tropic of Cancer, DVA DAMAS, and The Kvb that I was like okay, I get this. And the rest is history I suppose, looking back it’s actually insane that I had only turned nineteen and my first record was on Downwards.

The Death & Leisure records connection started around 2017 when Oliver Ho (Broken English Club) messaged me about how he liked a few of my recent releases and how we would be playing together later that year for Tommy Four Seven’s party in Berlin. We stayed in touch and played a few more shows together, and I would always keep him updated with new tracks that he might like to DJ. One of those times he suggested that he would like to release a selection of the tracks on his label and of course I was thrilled. I think D&L is a perfect home for me. I love Oliver’s music; he totally gets where I’m coming from. D&L is a world of punked-up, filthy, dubbed-out music with a sinister concrete aesthetic that has references to K Punk and experimental literature. I mean, that’s what I want from a record label.

Expect some more things D&L related in the future.

T.O.P: Looking back at your earlier releases, what do you think has changed and what remains a stable point of reference?

Autumns: The biggest change has been that I’m now using a lot of more electronic instruments, which is purely because it means I can be more self-sufficient when making and performing my music. I guess the constant in my music is my attitude. I think I’ll always have a ‘fuck you’ attitude that’s dipped in some sort of dry humour.

T.O.P: Can you recall any person, moment or experience that have played a significant role for your expression and art?

Autumns: There have been countless albums and moments that have inspired me to make music my life. Hearing Nirvana for the first time as a child was probably the most significant musical moment for me. From then onwards, all I wanted to do is play the drums and be in a band, and to be honest, that’s still the case. Going on tour for the very first time was a big moment for me – I had the opportunity to tour throughout the US for a month which really made me feel that I was capable of making and touring music in the long-term. After that tour, my music has taken me to places I could never imagine. I’ve had the opportunity to play everywhere from Moscow to Beirut, release music on some of my favourite labels, and meet some of my now best mates. I feel truly lucky and I don’t take any of it for granted, not even for a second. 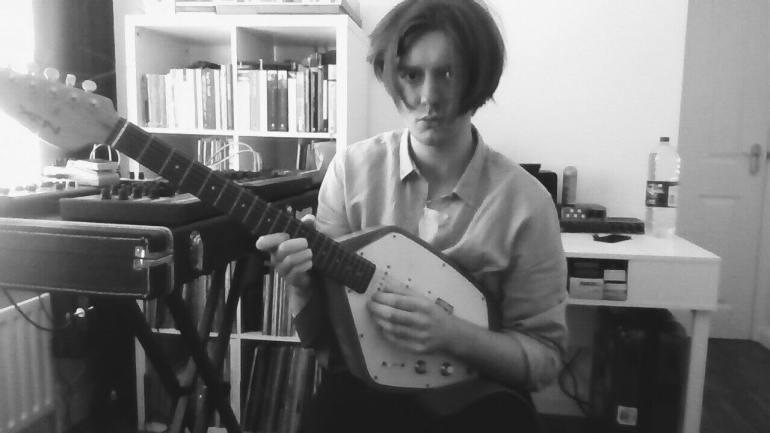 T.O.P: How would you describe your creative process? What inspires you most?

Autumns: My creative process is very simple, I hit the record button and start improvising and don’t stop until I make and finish a new song that evening. I’m not into heavily produced music as everyone can probably tell from listening to my music. I’m really into how raw 80’s Hip Hop, Post-Punk and Dub records sound, so I’m more enticed to go down that sort of path with my music. I’m really up for experimenting and doing whatever feels right at the moment I’m creating. I’m also really into the idea of getting the most out of a minimum amount of equipment, which helps with the sound I’m after and my bank account. I have a new Dub/Post-Punk album coming out this year, and I think that record best showcases what I’ve been talking about.

T.O.P: How do you feel artists and the scene will emerge in a post-virus era?

Autumns: The music industry is always changing and hanging on by a thread. I can’t really predict how it’s going to go as it’s an impossible task. I can only imagine that there’s going to be a lot more focus on local events and smaller venues. However, I really hope that people start to champion the underdogs more than the superstar DJ’s that are charging extortionate fees and playing every single club and festival every weekend/year – I think people are sick of it.

T.O.P: What do you are the major challenges that artists face today?

Autumns: How the world works is the biggest challenge for artists today. Streaming services not paying a dime, systematic discrimination be it economic, race or sex that is preventing people from progressing and making a living; or the fact that nobody really gives a shit about art in the first place. Art in 2020 is 90% social media and 10% your product, it’s all quite disheartening. However, I do feel like people are sick of it all and I can really start to feel a shift. I can only hope that it shifts in a more fair and balanced way.

T.O.P: Any upcoming projects or collaborations to announce?

Autumns: I actually have a lot to announce for the year, but none that would make sense to announce now. I know people are always saying “big things coming” etc. But what I will say is that I have a collaboration with an artist that I respect and admire, several EPs, an album, and some remixes and compilation tracks on the way.

T.O.P: Who is Christian outside the studio/venues?

T.O.P: Which piece of music or album would you suggest as a mind/soul healer?